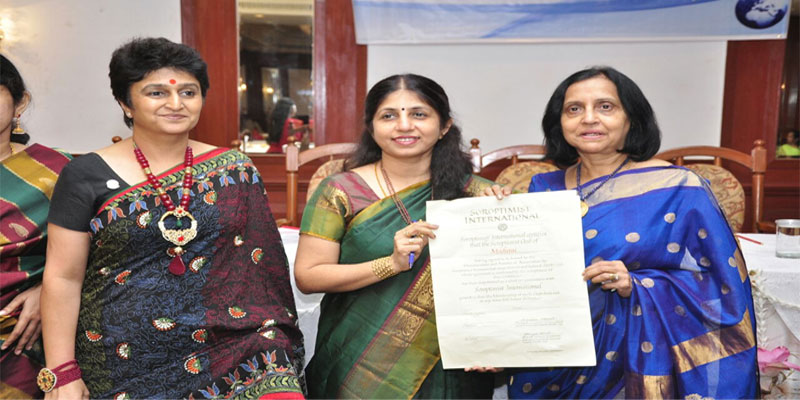 SI Madurai was granted the charter status by the National Association of India of Sorpotimist International (NASI), at a glitering ceremony on September 14,2010, in Madurai. It is now among 15 SI clubs in the country to be chartered. The special guests were several eminent women professionals from Madurai who were honoured. Naina shah and kshiti Davey from Chennai Downtown. Rema Ramachandran; President , SI Bengaluru, and three members from the proposed SI Club of Kodaikanal were also present.

Each SI members was introduced dramatically with a power point presentation that celebrated their unique strengths, individuality and skills. A hushed silence descended on the room as each member, lit a candle and set it afloat….and had the SI membership badge pinned by the president of SI Madurai.